I wrote this article in response to some of my readers who wanted to know how to handle their (almost adult) children’s growing hostility.  In both cases they attributed the change in character to the breakdown of their relationships and the fact that the other parent had always been manipulating and controlling.

I will address the problem of a child who begins to display antagonistic behaviour – possibly as a result of the adults in their household breaking up.  Obviously it’s normal that kids’ attitudes and reactions change as they grow; after all that’s just part and parcel of growing up and finding their feet.  Many children will sail through the split of their parents with hardly a bump, but in certain circumstances you just know that a disaster is looming just around the corner.

No mature, caring responsible parent will ever want their child to be affected during their separation or divorce and they will do their best to limit any damage, however if a parent is controlling and manipulating they will be more concerned about their own image and feelings than those of their children. Sadly this is never more evident than when a relationship breaks up but it’s when children need unconditional support more than ever.

In my experience of supporting survivors of emotional abuse, children are often used as weapons in far too many breakdowns.  If you’ve never experience emotional abuse you might be wondering about the truth of this, but remember, the majority of abuse is kept behind closed doors (*see footnote for details of an awesome organisation in the UK doing great work with survivors of abuse) but let me explain some more about this particular problem which can be so damaging.

What language do you use about the other parent?

It can be very hard as a parent not to voice a negative opinion about the other at any time – we’re all human and we all get frustrated – however during a separation or a divorce children will be hypersensitive and can accept even the most naive comment as truth.

There are different levels of behaviour which might come from a parent who is consciously or unconsciously trying to alienate the other.

Passive/aggressive behaviour has the power to subtlety influence a child’s opinion about the other parent – even when there’s no ulterior motive behind the words.  It might just be the adult sounding off and having a little moan as they’ve always done but the damage can be done nevertheless.  Following a split, bitterness and a desire to get the children to side with one point of view can lead to subtle comments escalating.  Taken at face value they might seem harmless – just an aggrieved parent striking out – but when the intensity increases and the child is vulnerable they can do a lot of damage.

As a parent you may have no intention of causing a rift between a child and the other parent but your own hurt and bitterness might sometimes get in the way.  Just as you might mutter under your breath because your partner has left the kitchen untidy you might be overheard complaining to a friend about how you are worried about finances since your separation or how your partner has gone off with somebody else.  These adult behaviours and worries may cause your children distress and confusion as to who their loyalties should lie with.

After a separation, visits and communication may not actually be prevented but when a mum or a dad is visibly distraught or is seen struggling, it can be difficult for the child to not empathise and absorb some of those beliefs that are being portrayed about the other parent.

In some cases when this happens the children might refuse to visit the other parent altogether because they feel that they need to show support for the upset parent, or when they do visit they are hostile and uncommunicative.

In the worse cases, a manipulative parent will not care at all about the children – only that they win the ‘game’ and they will go all out to break any relationship with the other parent.

Manipulative (and narcissistic parents) usually already have skewed relationships with their children.  A characteristic of many families is that one child will be the ‘golden child’, showered with praise and love and another will be the ‘scapegoat’ who carries the blame for much that goes wrong.  This article clearly explains the differences: click here

The golden child will already have a close bond with the manipulator but following a separation the charm will be turned on even more, while the scapegoat might be discarded altogether or swept up into the fold with extra attention lavished upon him or her.  The scapegoat is often elevated to a position of super-helper, finally getting the attention and validation from the parent that they’ve been searching for all of their lives, and anxious to grasp this, they are quick to bond with the parent who has previously been scathing of them

In the worst case scenario, children may end up alienated from one of their parents.  I’ll cover this in a separate article but it goes without saying that they will find it extremely difficult to manage their emotions when one parent is making things difficult for them and they will act up.

In the past, they would no doubt have been aware of how family members would all walk on egg shells and they would work to keep the peace.  During the breakup they may now feel the need to placate and calm the controlling parent, fearful that the full wrath and anger will be re-directed from the other parent and onto themselves, or they might take on board some of the negativity that they hear and start to believe that things are more one sided.  This can take the form of anger, hostility or antagonism towards you which is totally out of character. 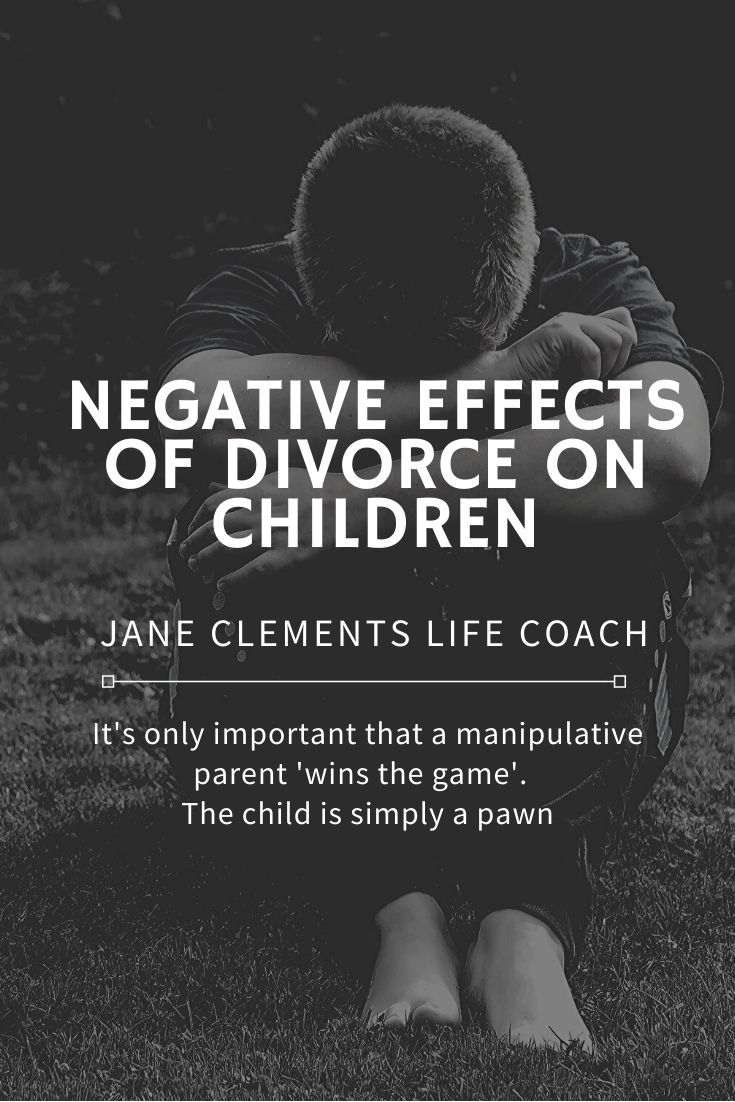 How to react to aggresive behaviour

Above all, resist the urge to retaliate.  At this point in time it’s not going to be beneficial to either of you if you get into a slanging match.  Of course there need to be boundaries but when your child oversteps them and treats you with disrespect, do try to react calmly; no matter how tempting it is to blow a fuse.

Be understanding and don’t stoop to the same behaviour as their other parent.  Be firm and explain that you have boundaries and that they should communicate with respect.  Ask them to define exactly why they are upset and ask them to be specific.  They don’t need to dodge around on eggshells but they do need to respect you.  Gently question why they feel as they do…and remember to take into account their age.  Teenagers can go through stroppy periods with or without any additional family problems in the mix and while you might expect your grown children to be more mature and able to understand how and why a break up occurs, that all goes out of the window when their own parents are involved.

If you find them repeating the words of their other parent without any understanding of the relevance, ask them to explain what they mean and why they think as they do.  Ask them if they can give you any examples of the truth as they perceive which you can then balance with another point of view.  Continue to lead by example and be open minded and non-judgmental.

Do your best to keep your own emotions neutral so that you don’t project your own anger and resentments back onto them.  They could subconsciously pick up on these and retaliate which will cause them even more confusion.

Rope in the help of a close friend or relative.  Explain your worries to them and ask them to take your child under their wing, providing a safe place where your child can feel able to open up and express themselves.  An invitation to the cinema or a restaurant can be the neutral ground that is needed to allow your child to talk and open up once it’s been established that they are not on trial nor being judged.

In the saddest of circumstances, a child may become totally alienated from you, leaving you with no opportunity to explain, comfort or reassure them.  This situation will be covered in a separate article; however, it has been likened to a living death.  As a caring parent you not only have to deal with the situation that led to the estrangement but also guilt, sadness and a deep hurt that you’re not permitted to be able to comfort them nor communicate with them.  You grieve their loss yet they are not gone.

If you’re in this position as either a parent or a child and would like to talk to someone you can reach out to me via email at support@janeclementslifecoach.com.

And finally, don’t lose hope that your situation will improve.  It’s not impossible that things will turn around.  Generally as your child matures and understands how things are not totally one sided they could mellow and become more understanding and tolerant.  They may come to understand how they have been ‘played’ and used by one parent against the other and will hopefully understand why the relationship broke down, or at least, not judge their parents or hold themselves responsible.

It makes no sense but I know of several cases of adult children who are married themselves yet who cut off a parent because they separated – yet they are perfectly accepting of friends who have gone through similar.  Often our children are kinder and more tolerant of their friends than their own parents and age and maturity doesn’t seem to make any difference.

If anything in this article strikes a chord with you and you would like to chat about it, send a message to my email address  support@janeclementslifecoach.com or book yourself a free counselling session via this link

I mentioned the fabulous organisation in the UK which offers support and insight into the role of a manipulator or abuser.  Called the Freedom Programme it can be accessed via Women’s Aid, your local police or their website at this link.

There’s also a great book ‘Living with the Dominator‘ that’s been written by Pat Craven which explains quite clearly manipulation and how one person can try to control or dominate the other in a relationship.