The following examples demonstrate how some of us might allow events to shape us in a negative way by taking on board things that are said to us.  These false beliefs usually begin in childhood; other children or adults may say things to us in fun sometimes with no idea of the consequences or they may be acting maliciously but when they are reinforced as we grow then they may become a problem to us.

You can probably think of a dozen or more examples that relate to yourself and to people that you know because our insecurities can be blatantly obvious.  Often we simply accept them as what makes us who we are, although while it’s true that they are a part and parcel of life we don’t have to allow them to influence and dominate us in a negative way.

The sister article about how negative beliefs can sabotage us explains how and why these types of thoughts are formed (Click here to read that article) and it explains that we can learn how to replace the sabotaging beliefs in our head with healthier versions and the truth.

Example 1:  Nobody likes a show-off.

A child who’s eager to learn continuously puts his or her hand up in class to answer questions but can face ridicule from classmates.  Teacher’s pet, swot and know-it-all are words that can hurt. Most children need to fit in and in this situation they will sometimes downplay the extent of their ability and knowledge.  They may start misbehaving in class or purposely under-perform so that they don’t stand out.

They know that they have the ability but they choose to adjust their behaviour.  This is crazy enough when in school but often they carry these beliefs with them into adulthood.  They downplay their achievements or they purposely self sabotage – sometimes the story that they tell themselves is that it’s wrong to shine or to “show off” and/or they lose confidence in themselves.

How to break the cycle

Identify your limiting belief – for instance, It’s wrong to show off

Once you’ve identified the belief and the root of it, start challenging the truth of it.  I was being a good student, I was not showing off.  I incorrectly interpreted and took on board my classmates accusations and not showing off became one of my rules.

Replace it with a new belief and build upon it.  I enjoy learning and I will not allow the insecurity of others to hold me back.

Later in life I was actually told that I was getting ideas above my station while studying for an Open University degree.  I was told that by trying to chat about some of the things that I had learnt I was trying to make other people look ignorant. This could have simply reinforced my previous belief but by this stage I had already decided that I wouldn’t allow other’s envy to stop me from enjoying my learning and I continued and I went on to eventually graduate.

Example 2:  You may have done a stupid thing but you’re not stupid.

All too often a parent continuously calls a child stupid or clumsy.  At first it’s in response to something silly but it may be repeated and become a default response which the child then goes on to take it onboard as a truth.  The parent will usually tell the child that they can’t take a joke if they respond which only serves to confuse things.

Coaching or counselling can help the adult to understand that the truth isn’t that they are worthless or incapable of getting anything right.  Yes, they may have been clumsy or occasionally have done something stupid – we all do – but that’s not their defining identity. 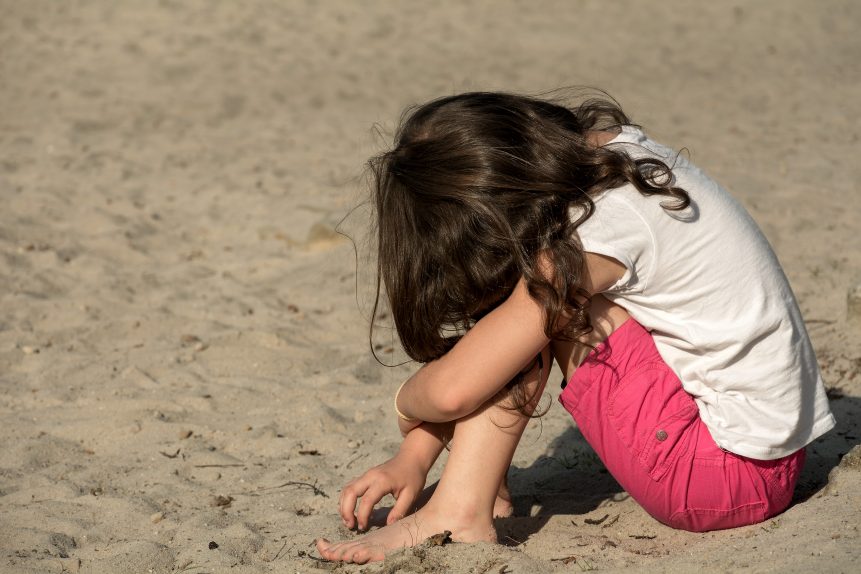 They can be taught how to examine the truth and realise that the problem actually stems from the other person.  People who are very insecure will often do their best to push others down by undermining their self confidence instead of raising them up in order to make themselves feel better.  If you can identify with this you can replace the negative beliefs with positive ones which will raise your self esteem and can in turn change many things about your life.

When I was ten years old we all had to gather in the school hall and sing.  There was to be a city-wide concert and our teacher walked among us.  She singled half a dozen of us out – I was so excited – how special were we – but then she informed us that as none of us could hold a tune we wouldn’t be allowed to take part in the concert..

My confidence was crushed immediately and I don’t think that I ever sang with confidence again until very recently.

A friend who sings with a rock band told me that everybody could sing – until she suffered a three hour journey in a car with me.  Nope, she laughed!  You’re quite right.  You are hopeless!  You can’t sing BUT that doesn’t meant that you shouldn’t and she proceeded to encourage me to screech along with her whilst she belted out the songs on the radio.

At that point, I decided that I DO enjoy singing and even though nobody else might be able to identify what song I’m trying to sing that’s their problem and I shouldn’t be silenced.  I may not have the ability to join a choir but I do at least croak along with friends in the car now.

Identify your limiting belief – for instance, I can’t sing.

Once you’ve identified the belief and the root of it, start challenging the truth of it.  I’m not very good at singing – this is true – but does it actually matter if I sing badly and in fact, to whom does it matter?

Replace it with a new belief and build upon it.  I enjoy the feeling of belting out a song and whilst I might not be in tune, that doesn’t mean that I shouldn’t sing.  I actually enjoy singing (badly) so who is anybody else to tell me that I can’t?

Click here to read the sister article and to learn more about negative beliefs and the detrimental effect that they can have on us.

Perhaps you can identify a negative belief of your own?  Have you worked out when it was formed and why?  Maybe you need some help to understand how and why it affects you or maybe you’re wondering how and why you behave in a certain way in certain circumstances.

Drop me a line as I would love to support you on your journey of self discovery.

Posted in self belief.