There’s a lot of information out there about dealing with abuse.  You can get support in online forums, Facebook Groups or via the Freedom Programme in the UK, whilst many groups at local and national level offer advice.

As you would expect, many books have also been written about this huge topic over the years.  I am currently working on a project to produce another book, this one will focus on abuse stories from survivors.  I think that it’s something a little bit different – and I would like to invite you or anybody that you might know to collaborate on it with me.

Let me explain a little more to you.

One of the biggest problems surrounding abuse is getting everybody, the victims, their family and friends, to step back and to see the bigger picture.

How many people do you know who are quick to tell you that if their partner hit them they would immediately leave?

How often do you hear somebody telling their partner that they can’t take a joke after they have just thrown an insult at them?

How do you react when you find out that somebody finally left a relationship and tells you that they have been unhappy for a long time?  Do you wonder why they stayed so long?  Do you think that they are weak or maybe exaggerating the bad times?

It’s important to realize the damage that can be done when little events build up over time.

Taken individually the comments made by an abuser often seem petty or not even worthy of a mention; but like a dripping tap over time they can wear a groove through somebody’s character and can change an entire personality.

It’s important to realize that people are often demonstrating incredible strength when they remain in an abusive relationship.   They are not weak.  They might have genuine fears that they will lose their children, they may have health or financial issues and they will possibly be trauma bonded to their partner too.

It’s important to realize the emotional and physical barriers that people have to go through in order to leave an abusive relationship.  It might seem sudden or impulsive to you but you can almost guarantee that they have been thinking about that date for a long time and struggling about what is the right thing to do.

I know when I first left my marriage I felt dreadfully alone despite the incredible support from my friends and family.  I knew nobody else at that stage who had gone through what I was going through and the huge range of emotions that were swirling around inside me threatened to overcome me.

I felt guilt, shame and fear and I was rapidly losing hope of things ever coming right again.  I knew that I had made the right decision to leave, even though my life as I knew it had spectacularly imploded (read more about that here), but with hindsight, one of the biggest things that was holding me back were my false beliefs.

I knew exactly why I had stayed in my marriage for so long and I knew why other people in even worse situations than my own remained with abusive partners.

I also knew exactly what had been the final trigger that had pushed me to run away in the early hours of the morning but I was finding it difficult to see the big picture and to explain the big picture to others. 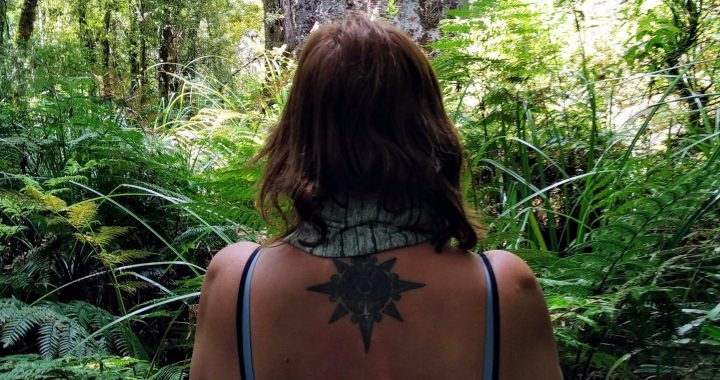 People wanted to know why I had left what had seemed a normal, if often volatile relationship but I was unable at that stage to come out and say that our relationship had been abusive.  I knew that it had been unequal, unhealthy and dare I say, toxic but I nearly always presented a strong front to the world. The fact that I had constantly stood up for myself and my children in arguments and that I had continuously fought back against the negativity and subtle manipulation that we were living under, didn’t count for much at that stage.

It seemed silly relaying the things that had happened, or at least it sounded silly to my ears.  Luckily I had people around me who were listening and who had been quietly observing over the years and who now offered wise counsel.  They pointed out how damaging the constant barrage of gas-lighting, insults and jibes had been to me.

They explained how my perception of life had shifted and how I was using phrases such as ‘I’ll ask if I’m allowed to come out with you’, and they pointed out how I was constantly seeking reassurance about how I looked or how I was dressed.

Over time I had come to believe that it was normal to be told what I should wear or how I should behave.  I was led to believe that I was being over-sensitive if I got upset when an insult was dressed up a joke and I was constantly given mixed messages; for instance I would be told that I should make an effort to go out with certain friends but when the evening came, the expectations were that I should be home early, or sometimes that I should change my mind and not go out at all.

Can you contribute to the abuse stories?

I hope that this book will help people who are currently dealing with a narcissist or an abusive partner and I would love to get a variety of contributors.  The idea is to focus on some of the ridiculous things that we were told – and my vision is to gather together as many real life stories as possible, rather than just making it all about me.

My plan is to head up each chapter with one crazy statement, something that you were told and then please elaborate on the story and explain how it effected you.  I can attribute your contribution with your name or you are very welcome to remain anonymous or to use a nickname.  I will also add in some explanation of the psychology and some background behind why certain things might have been said or how they affect us – for instance gas lighting, projection etc etc.

Until I can gauge the level of interest I will collect the information in a folder and keep it safe. I don’t know how long this project might take to get off the ground but if you send me something I will keep you informed as to the progress and I will of course keep everything totally confidential.

If you can inject your stories with humour to highlight the craziness that will be fantastic but it’s not mandatory.

The book is intended to address a serious issue, to raise awareness and to help people to realize that they are not alone.  At this stage I’m not sure whether the book will be in paperback or only available online but I will contribute 50% of any profit to the Freedom Programme in the UK.  I’ll also send you a copy of the completed book in whatever form it finally takes.

Where to send your contributions

If you’re interested in contributing to one or more sections in the book, email me with your phrase or heading and an outline of your story to support@janeclementslifecoach.com; you can write as much or as little as you like.  Please would you also share this article so that it reaches as many people as possible and we can get this project off the ground.

Thank you in advance